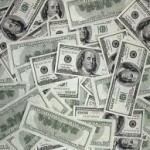 China is expected to weaken to 7.8% growth this year.

Taking advice from the Germans? Greece ready to sell off uninhabited islands. 8/23/2012

The recent rise in Brent futures is due to temporary special factors that likely will ease in the next few months, many analysts and traders say. 8/23/2012

The eurozone looks destined for its second recession in three years, as business surveys showed the economic rot is even spreading to Germany, the region’s largest and strongest economy. 8/23/2012

When will a dependence racket the young cathedral?

The prime minister of Greece has made a surprise announcement to Le Monde newspaper: that his country is ready to put some of its uninhabited islands up for sale. 8/23/2012

Forex Forum is dedicated to discussions about the foreign exchange market trading, commodities, stocks and other related issues. The main idea of this forum is sharing the information.

The Spanish 10-year yield closing at 7.63% today. Exchange clearer LCH Clearnet raised margin requirements on both Spanish and Italian bonds, a move that will automatically cause further selling by some funds. 7/24/2012

Fitch downgraded Cyprus from BBB- to BB+, or “junk” status, predicting that the country would need a rescue. 6/25/2012

Several brokers have sent out warnings to clients about extreme volatility because of the Greek elections on Sunday. A large price gap from Friday’s close to Sunday’s open is possible. If this happens, pending orders you have may be filled at the next available price.
This also means that your stop losses may not protect you as well as they would under normal conditions.
Depending on the outcome of the elections, next week may be a wild ride for the Euro. 6/15/2012.

Three big keys to how the crude oil can rebound after its 25 percent loss from its 2012 high.

Grexit: Limiting ATM withdrawals, imposing borer checks, and introducing capital controls are amongst the items under discussion by EU officials in the event of a Greek exit, according to sources. Also being talked about in a series of conference calls is suspension of the Schengen agreement which allows visa-free travel through most of the EU. 6/11/2012

Markets show the EU bank bailout approach Is a disaster.

The Spanish government has tried over and over again to sustain the Spanish banking sector through mergers arranged by the Fund for Orderly Bank Restructuring (FROB), set up with €9 billion ($11.3 billion) in guarantees from the Spanish government back in June 2009. The fund was supposed to be able to issue €99 billion in debt when it was initiated, but as concerns in Spain have mounted, so have borrowing costs for the sub-sovereign, government-backed FROB. Thus it faces difficulties finding financing in the markets. 6/8/2012

ECB: At today’s meeting the Governing Council of the ECB decided that the interest rate on the main refinancing operations and the interest rates on the marginal lending facility and the deposit facility will remain unchanged at 1.00%, 1.75% and 0.25% respectively. 16:15

Greece’s exit from EMU would be a good example for others, says the Bank of Russia’s Mikhail Shvetsov, speaking in Milan. 5/24/2012

In 2011, Greece’s government grew to 49.7% of GDP from 49.6% in 2010. Greek government created a property tax that transfers private-sector wealth to the government and through it to foreign creditors.5/24/2012

French president continues to defy Berlin and calls for eurozone-wide debt issuance as part of package of measures to boost growth. 5/23/2012

Will the European central bank system keep lending to Greek banks if the bailout agreement is rejected? 5/18/2012

The Coalition of the Radical Left, abbreviated SYRIZA, is a coalition of left-wing and far-left political parties in Greece. Its parliamentary leader is Alexis Tsipras, the president of Synaspismos, the largest party in the coalition. The coalition contains a broad-array of groups, thirteen in total and independent politicians; this includes democratic socialists and green left groups to Maoist, Trotskyist and eurocommunist organisations.

Investors around the world are fearing the ramifications of the Grexit. 12/5/2012

The debate around Greece, and specifically whether it will exit the euro, is about to get louder. 11/5/2012

What does Grexit stand for? It combines “Greek” or “Greece” with the word “exit” and refers to the possibility of Greece leaving the Eurozone.

Odds and consequences of a GREXIT

It appears likely that Portugal will be the next to restructure its debt and exit the euro zone, says economist Nouriel Roubini. 9/3/2012

Despite the band-aid put on the Greek situation with the recent bond swap, the Greeks are inevitably going to default down the road, or write down 100% of their debt, says Wells Fargo Advisor’s Scott Wren 9/3/2012

The German finance minister threatened to leave the country at the mercy of financial markets if it doesn’t meet the conditions set for receiving aid. 9/8/2011

“The euro is breaking down,” says Alan Greenspan, who blames the sluggish U.S. economy on the uncertainty in Europe.

The Cost Of Insuring European Bank Debt Has Doubled Since April

France and Germany agree, a new bailout for Greece takes shape, but could result in a selective default.

Cambodia is set to open its stock market Monday with just one problem: No companies are ready to list on it.

Greece Is A Replay Of Argentina’s Boom And Bust Drama

Lisbon criticises the US rating agency for not taking into account new austerity measures and a political consensus backing tough fiscal discipline. 14:15

China raises interest rates for the fifth time in eight months, indicating that the country’s leaders remain focused on inflation. 13: 10

Hopes for a significant private-sector contribution to Greece’s second bailout are fading. 11:58

In The Financial World, Really Nothing Matters Except Greece. 15:51

The Carlyle Group paid out the most investment banking fees in the first half of 2011, while Blackstone Group has topped the buyout rankings. 14: 15

Slowdown in issuance and trading – combined with fears over economic growth and interest rates – is hitting investment banks where it hurts. 14:41

Previous ΟΛΠ
Next At Least 12,000 Barrels Of Crude Oil Spill In Arkansas

The HKMA and the banking industry launch the Banking Talent Programme 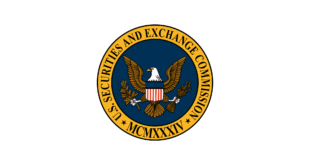 GREECE IN THE POST-PROGRAMME PERIOD: CHALLENGES AND PROSPECTS TOWARDS A SUSTAINABLE GROWTH MODEL

Speech by Bank of Greece Governor Yannis Stournaras at the 86th Annual Meeting of Shareholders 2019 marks the beginning of new course for the Greek economy. Following the successful completion of the last economic adjustment programme in August 2018, the activation of the enhanced surveillance framework and with Greece now subject to the improved institutional ...