Breaking News
Home / Bitcoin / Bitcoin Rebounds from 42000. Is this the Bottom? 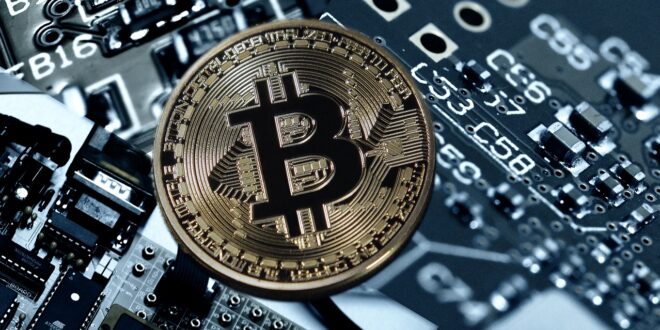 Bitcoin BTC had one of the worst days in 2021 as the price hit $42000 earlier today. All major cryptocurrencies suffer double-digit losses on heavy volumes as leveraged positions are liquidated on margin calls.

The price of bitcoin fell almost 18% at $42000 marking the lowest level since September 30.

There are two factors that force crypto investors to sell their cryptocurrencies. First the uncertainty around the new omicron variant and the fear of fresh lockdowns in Europe. World Health Organization said that the omicron variant is detected in 38 countries and is probably more contagious.

The second is growing concerns that the Fed might speed up its $120 billion monthly bond-buying taper and raise interest rates earlier than expected. The bond-buying program is now scheduled to end in June 2022.

Stock markets had also a tough week with some of the major tech companies recording heavy losses during the week.

In cryptocurrency markets, the correction that started after the bitcoin hit all-time highs of 69000 on November 10, continues for almost a month as the price penetrated easily the 50 and 100-day moving averages. The Fear and Greed Index for bitcoin (BTC) has dropped to 25 reaching the “Extreme Fear” level.

Bitcoin price hit the daily high at 53860 but aggressive selling below the 100-day moving average, and forced liquidations in overleveraged crypto portfolios send the price to daily lows at 41967. The fast crash attracted some investors to buy the dip and President Nayib Bukele announced on twitter that El Salvador bought 150 bitcoins at an average price of $48,670.

Is this the Bitcoin bottom? 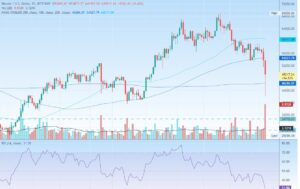 On the other hand, bears would like to see a second break and a close below the 200-day moving average at 46285. In that case, we might see a fast move down to 39707 the low from September 21st. Next level to watch on the downside is the low from August 5th at 37425.

All in all, we expect high volatility ahead and especially on Sunday and Monday as the institutional investors will return to their desks.