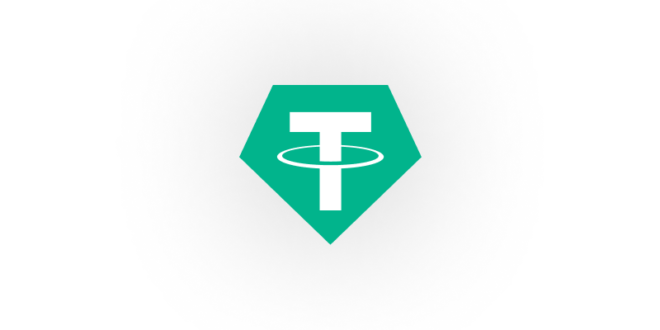 Bitfitnex to Pay $1.5 Million for Illegal Transactions While Operating Bitfinex Cryptocurrency Trading Platform and Violation of Prior CFTC Order

The Commodity Futures Trading Commission today issued an order simultaneously filing and settling charges against Tether Holdings Limited, Tether Limited, Tether Operations Limited, and Tether International Limited (d/b/a Tether) for making untrue or misleading statements and omissions of material fact in connection with the U.S. dollar tether token (USDT) stablecoin. The order requires Tether to pay a civil monetary penalty of $41 million and to cease and desist from any further violations of the Commodity Exchange Act (CEA) and CFTC regulations, as charged.

The CFTC today also issued a separate order simultaneously filing and settling charges against iFinex Inc., BFXNA Inc., and BFXWW Inc. (d/b/a Bitfinex) in connection with their operation of the Bitfinex cryptocurrency trading platform. The order finds Bitfinex engaged in illegal, off-exchange retail commodity transactions in digital assets with U.S persons on the Bitfinex trading platform and operated as a futures commission merchant (FCM) without registering as required. It further finds that, through this same conduct, BFXNA Inc. violated Part VII. A. of the CFTC’s June 2, 2016 order. [See CFTC Press Release No. 7380-16]

“This case highlights the expectation of honesty and transparency in the rapidly growing and developing digital assets marketplace,” said Acting Chairman Rostin Behnam. “The CFTC will continue to take decisive action to bring to light untrue or misleading statements that impact CFTC jurisdictional markets.”

“As demonstrated by today’s actions against Tether and Bitfinex, the CFTC is committed to carrying out its statutory charge to promote market integrity and protect U.S. customers,” said Acting Director of Enforcement Vincent McGonagle. “The CFTC will use its strong anti-fraud enforcement authority over commodities, including digital assets, when necessary. The CFTC will also act to ensure that certain margined, leveraged or financed digital asset trading offered to retail U.S. customers must occur on properly registered and regulated exchanges.  Moreover, as the Bitfinex order reflects, the CFTC will take decisive action against those who choose to violate CFTC orders.”

The order finds that since its launch in 2014, Tether has represented that the tether token is a stablecoin with its value pegged to fiat currency and 100% backed by corresponding fiat assets, including U.S. dollars and euros. However, the order finds that from at least June 1, 2016 to February 25, 2019, Tether misrepresented to customers and the market that Tether maintained sufficient U.S. dollar reserves to back every USDT in circulation with the “equivalent amount of corresponding fiat currency” held by Tether and “safely deposited” in Tether’s bank accounts. In fact Tether reserves were not “fully-backed” the majority of the time. The order further finds that Tether failed to disclose that it included unsecured receivables and non-fiat assets in its reserves, and that Tether falsely represented that it would undergo routine, professional audits to demonstrate that it maintained “100% reserves at all times” even though Tether reserves were not audited.

As found in the order, Tether held sufficient fiat reserves in its accounts to back USDT tether tokens in circulation for only 27.6% of the days in a 26-month sample time period from 2016 through 2018. The order also finds that, instead of holding all USDT token reserves in U.S. dollars as represented, Tether relied upon unregulated entities and certain third-parties to hold funds comprising the reserves; comingled reserve funds with Bitfinex’s operational and customer funds; and held reserves in non-fiat financial products. The order further finds that Tether and Bitfinex’s combined assets included funds held by third-parties, including at least 29 arrangements that were not documented through any agreement or contract, and that Tether transferred Tether reserve funds to Bitfinex, including when Bitfinex needed help responding to a “liquidity crisis.”

In addition, the order finds that Tether failed to complete routine, professional audits during the relevant time period. According to the order, Tether retained an accounting firm to perform a review of Tether reserves on a date Tether selected in advance, and Bitfinex transferred over $382 million to Tether’s bank account in advance of that review. The order recognizes that Tether has not completed an audit of the Tether reserves.

The Bitfinex order finds that from at least March 1, 2016 through at least December 31, 2018, Bitfinex offered, entered into, executed, and confirmed the execution of illegal, off-exchange financed retail commodity transactions with U.S. persons that were not eligible contract participants (ECPs) under the CEA.

The Bitfinex order further finds that Bitfinex operated as an FCM without CFTC registration by accepting orders for, acting as a counterparty to, and accepting funds or property, including bitcoin and USDt tokens, in connection with those same retail commodity transactions. According to the order, the substantial majority of margin trading was financed through Bitfinex’s peer-to-peer funding program through which Bitfinex customers who held fiat or cryptocurrency in their Bitfinex account would “lend” those funds to other Bitfinex customers who would then use those funds to buy, sell, and trade on the Bitfinex platform. The order also finds that, during the relevant period, Bitfinex force-liquidated certain customer positions and acted as the counterparty to certain transactions.  In so doing, Bitfinex violated the terms of the 2016 order, which had directed Bitfinex to cease and desist from offering, entering into, executing, or confirming the execution of illegal, off-exchange financed retail commodity transactions, and from accepting orders and receiving funds in connection with retail commodity transactions.

In connection with this order, Bitfinex must comply with certain undertakings by December 31, 2021, including implementing, as necessary, and maintaining systems and procedures reasonably designed to prevent non-ECP U.S. persons from engaging in retail commodity transactions.