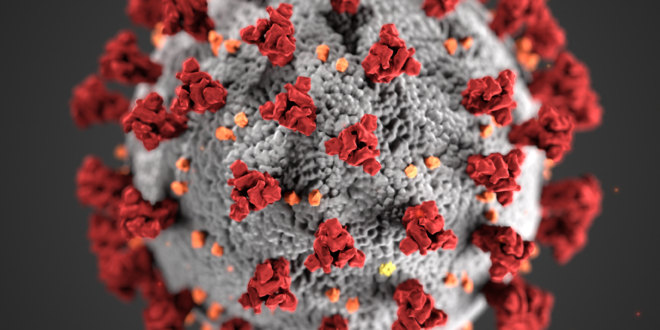 France and Germany are proposing a €500bn ($545bn; £448bn) European recovery fund to be distributed to EU countries worst affected by Covid-19.

In talks on Monday, French President Emmanuel Macron and German Chancellor Angela Merkel agreed that the funds should be provided as grants.

The proposal represents a significant shift in Mrs Merkel’s position.

Mr Macron said it was a major step forward and was “what the eurozone needs to remain united”.

“I believe this is a very deep transformation and that’s what the European Union and the single market needed to remain coherent,” Mr Macron said following discussions via video link.

Mrs Merkel, who had previously rejected the idea of nations sharing debt, said the European Commission would raise money for the fund by borrowing on the markets, which would be repaid gradually from the EU’s overall budget.

Grants provided by the proposed recovery fund should also be used to help finance the bloc’s investment in a greener future, the two leaders said.

European Commission President Ursula von der Leyen said the proposal “acknowledges the scope and the size of the economic challenge that Europe faces”.

Other EU countries must agree with the proposal, however, and Austrian Chancellor Sebastian Kurz later insisted that his country backed providing loans to member nations hit hard by the coronavirus pandemic, rather than grants.

“Our position remains unchanged,” Mr Kurz wrote in a tweet, adding: “We expect the updated [EU budget] to reflect the new priorities rather than raising the ceiling.”

Chancellor Merkel has conceded a lot. She openly agreed with the French that any money from this fund, allocated to a needy EU country, should be a grant, not a loan. Importantly, this means not increasing the debts of economies already weak before the pandemic.

President Macron gave ground, too. He had wanted a huge fund of a trillion or more euros. But a trillion euros of grants was probably too much for Mrs Merkel to swallow on behalf of fellow German taxpayers.

The resulting compromise: a win-win for the two leaders. They hope.

They got to demonstrate that the famed Franco-German motor of Europe still has some va-va-voom. Mr Macron badly needs to polish his European credentials at home. He already has an eye on his re-election bid and so far the self-styled Mr Europe’s attempt at European reform has failed rather spectacularly to take off.

Chancellor Merkel, meanwhile, is in her last term of office. She’s clocked the headlines predicting the EU’s demise in view of the bickering and a lack of EU solidarity during the pandemic. She has her political legacy in min

Italy and Spain had previously urged their partners in the 27-member bloc, especially the richer countries of northern Europe, to show more solidarity by sharing debt that all EU nations would help to pay off.

The two countries are among a number of European nations to further ease their coronavirus lockdown restrictions on Monday.