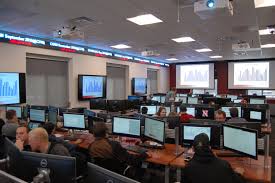 Investors could come to the conclusion that the policies in the coming years would be around lower tax, higher government spending especially on infrastructures, less regulations. Industrial and financial stocks benefited most from such expectations.

While USDollar was overwhelmingly strong for the week, it should be noted that GBP was indeed the strongest. GBP continued to ride on the recent turn in Bank of England’s stance to neutral. Meanwhile, there was additional boost from talks that Donald Trump would be a better ally to UK than the Obama administration. And soon will be a better trade US/UK trade deal. Secondly, the potential of US lowering its NATO commitments would improve UK’s position in Brexit negotiation. The Japanese Yen ended as the weakest major currency on strong risk appetite. That’s followed by Kiwi after RBNZ rate cut. And then EUR followed on uncertainty on what ECB would do after the current quantitative easing program ends next March.

We are bullish on USD after Trump victory.

Corporate tax reform would likely include a repatriation taxholiday which would incentivize repatriation of foreign currency into USDollar.

The policy mix now has shifted in the direction of more inflation, which means that – given how dovish market pricing has been – there is room for the USDollar to catch up with where it should have been quite some time ago.

We are expecting USDollar to rise around 10 percent on a trade-weighted basis over the next three months.

EURUSD forex pair surged initially to 1.1298 last week but reversed and dived through 1.0850 support. The development indicates that choppy fall from 1.1615 has resumed. Initial bias remains on the downside this week, targeting 1.0517 low. On the upside, above 1.0953 minor resistance will turn bias neutral and bring recovery. Otherwise, we’ll stay bearish and expect a new low below 1.0461 at a later stage.

The euro is falling for the fifth day in a row against the US dollar and is about to post the lowest daily (and weekly) close since January.


In order to recover some strength, EURUSD needs to rise back and hold above 1.0850. On a wider perspective the euro could gain momentum, if it recovers above the 1.0950 area, where the 20-day moving average stands.

The information is not an offer, no promotion, no consultation and no advice to buy or sell stocks, indices or currencies.  Trading stocks, indices or currencies is not only a chance, there is always a risk to lose money. Please only trade currencies if you are able to compensate possible losses. Please note that high profits always also contains a high risk. Please also trade with money that you dont need for daily costs.  Interferences with availability over the internet, availability of email deliverability or other software problems are further possible risks when trading with currencies

Disclaimer: Trading foreign exchange (“Forex”), Commodity futures, options, CFDs and SpreadBetting on margin carries a high level of risk, and may not be suitable for all investors. Before deciding to trade foreign exchange (“Forex”), Commodity futures, options, CFDs or SpreadBetting you should carefully consider your monetary objectives, level of experience, and risk appetite. The possibility exists that you could sustain a loss of some or all of your deposited funds and therefore you should not speculate with capital that you cannot afford to lose. You should be aware of all the risks associated with foreign exchange, Commodity futures, options, CFDs and SpreadBetting trading, and seek advice from an independent advisor if you have any doubts. Past returns are not indicative of future results.

This technical analysis is intended to provide general information and does NOT constitute the provision of INVESTMENT ADVICE. Investors and traders should, before acting on this information, consider the appropriateness of this information having regard to their personal objectives, financial situation or needs. We recommend investors obtain investment advice specific to their situation before making any financial investment decision.