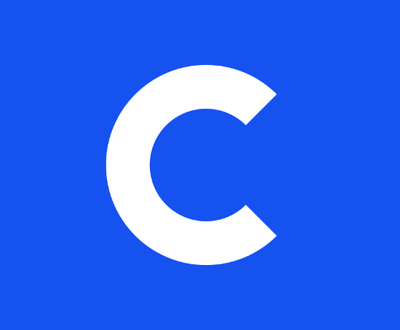 Outlook: Changed To Rating Under Review From Stable

Today’s rating action reflects Coinbase’s substantially weaker revenue and cash flow generation due to the steep declines in crypto asset prices that have occurred in recent months and reduced customer trading activity. Moody’s expects the company’s profitability to remain challenged in the current environment despite its 14 June announcement of a reduction in its global workforce of around 1,100 employees.

Between 2020 and 2021, Coinbase experienced rapid increases in revenue due to higher asset prices, higher levels of volatility, more users, and higher transaction revenue per user compared to prior periods. The firm’s rapid growth also fueled a rising expense base needed to support its expanding operations and limiting the firm’s cost flexibility, a credit negative said Moody’s. As of the end of 2020, Coinbase had 1,249 employees, a number that nearly tripled reaching 3,730 only one year later. After its June 2022 staff reduction announcement, Coinbase indicated that its global workforce will be around 5,000 employees as of the end of the second quarter. Much of the firm’s rapid hiring was in areas to support product innovation, international expansion, compliance, scalability and reliability.

Coinbase’s revenue model is tied to trading volumes, transaction activity per user and overall crypto asset prices, said Moody’s. Coinbase’s customers pay it a percentage of the notional value of trades that are matched on its platform, a fee structure that can be very lucrative in a rising market coupled with high transaction volume, as was the case in 2021. However, Moody’s indicated that when crypto asset prices decline, the notional traded amount (price of the traded instrument multiplied by the traded volume) and transaction revenue generally decline too, unless trading volume increases commensurately. Moody’s said the downgrade also reflects Coinbase’s lack of revenue diversification (crypto asset transaction-based revenue represented 87% of first-quarter 2022 net revenue) and an operating expense base that may be less flexible than Moody’s previously anticipated. Moody’s noted that Coinbase’s continued efforts to invest in the company may result in increased revenue diversification over the long-term, such as revenue from subscriptions and other services.

Since the beginning of April, the price of Bitcoin have declined by around half. The drop in crypto asset prices was exacerbated by specific crypto market structure events, including large losses at stablecoin TerraUSD and the announcements by a number of decentralized finance platforms, that offer crypto earnings and lending services, that they were halting customer withdrawals.

Moody’s said that as at 31 March 2022, Coinbase had $6.1 billion in cash and cash equivalents, a healthy position relative to its $3.4 billion in long-term debt, including the $2 billion rated senior guaranteed notes (due 2028 and 2031).

Coinbase’s $2.0 billion senior guaranteed notes’ Ba2 rating is a notch higher than Coinbase’s Ba3 CFR, based on the notes’ priority ranking in Coinbase’s capital structure; with the notes ranking ahead of the firm’s $1.4 billion convertible debt notes, which don’t benefit from a guarantee from the firm’s operating entities.

During its review of Coinbase’s ratings for further downgrade, Moody’s will consider Coinbase’s financial profile should the deterioration in crypto asset prices and trading volumes remain at current levels or worsen, its cash and non-cash expense trajectory over the next twelve to eighteen months, the firm’s ability to reduce expenses while maintaining effective operational control, the potential for crypto asset regulatory developments following the recent adverse market events, and the firm’s franchise strength and ability to retain talent.

Moody’s said that since the ratings are under review for downgrade, there is currently no upward pressure on Coinbase’s ratings. In the longer term, Coinbase’s ratings could be upgraded if it (1) sustains a cost structure that could reliably generate profitability in current or lower crypto-asset price and trading volume environments and (2) achieves revenue diversification through the development of profitable new revenue streams not tied to trading volumes or crypto asset prices, without adding significant credit risk.

Coinbase’s ratings could be downgraded should Moody’s conclude that (1) its profitability will continue to be significantly challenged in the current or lower crypto-asset price and trading volume environments, (2) its projected cash flow utilization would significantly weaken its cash debt coverage, (3) there is evidence that Coinbase’s expansion has limited its expense flexibility, (4) there is an increased likelihood that regulatory or crypto-asset market structure changes could further lower trading volumes or transaction revenue, or lead to regulatory restrictions, or (5) there is likely to be a sustained deterioration in the firm’s franchise strength resulting in weaker ability to retain talent following its restructuring efforts. 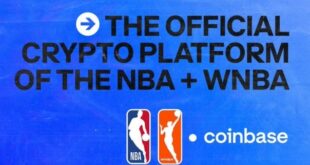