Breaking News
Home / NEWS / The bombed Mariupol from above

The situation in Mariupol since the relentless bombing of recent weeks is dramatic.
The city is almost flattened, with more than 2,500 dead, according to Zelensky’s adviser Oleksy Arestovich in a televised interview today.
At the same time, there are allegations that Russian forces are blocking humanitarian aid from reaching the besieged city.
A new aerial video released on Monday, shows damaged buildings in Mariupol to “smoke” from the bombings … 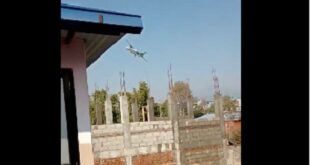