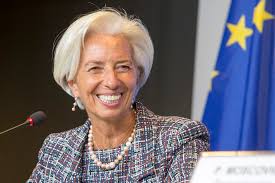 The future of money – innovating while retaining trust

Important lessons can be drawn from the past to understand the factors influencing the journey towards the future of money, including the possible introduction of a digital euro. Ensuring the euro meets the needs of European citizens is at the core of the ECB’s mandate.

Throughout history, the nature of money has evolved in response to socioeconomic changes. But the functions of money – as a means of exchange, a unit of account and a store of value – have remained the same for centuries.

One reason why money first emerged was to overcome the limitations and inefficiencies of bartering. As economies became more specialised, trade became all the more essential, and a universal medium of exchange was needed to facilitate it. Coins made from (precious) metals fulfilled that purpose for centuries.

But with the development of international trade, coins became increasingly impractical because they are difficult to store and transport in large volumes.

This led to the next phase in the evolution of money through medieval times into the late middle ages and early modern times. Developments included the advent of Templar’s credit notes in France, private giro banking in Italy, bills of exchange and promissory notes, and the first predecessors of paper money.

Role of the public sector

All of these instruments foresaw convertibility into precious metal coins. The acceptance of these forms of dematerialised and easy-to-carry money depended on the reputation of the issuer, and credit risk became relevant.

This led to the public sector playing an increasingly important role in issuing money and ensuring its value remained stable. Examples include the emergence of early public giro banks at the beginning of the 15th century and the first attempts to issue modern banknotes in the second half of the 17th century.[1]

In today’s modern economies, including in the euro area, money is no longer convertible into, or backed by, any commodity. Fiat money, as it is known, serves as legal tender by decree of the government or even constitutional legislation (such as the EU Treaty[2]). The value of money is based on citizens’ trust in it being generally accepted for all forms of economic exchange and in the ability of central banks to maintain its purchasing power through monetary policy. Central banks’ institutional independence also bolsters their ability to maintain trust in money.

Since early modern times central banks have gradually been assuming an increasingly pivotal role in ensuring that money delivers on the three functions I outlined. They must be fully aware of and adapt to changing realities.

As we enter the digital age, the nature of money, but also of goods and services, is changing quickly. Digitalisation and technological advances are transforming all areas of society, accelerating the process of dematerialisation.

Non-cash payments continue to increase. In the euro area, over the last year the total number increased by 8.1% to 98 billion. Nearly half of these transactions were made by card, followed by credit transfers and direct debits.[3]

The coronavirus (COVID-19) pandemic has accelerated this trend towards digitalisation, with a surge in online payments and a shift towards contactless payments in shops.[4] Market participants expect payments to be the financial service that will be most affected by technological innovation and competition over the next five years, according to a survey conducted in 2019.[5]

To meet the demand for digital means of payment, new forms of private money (i.e. a liability of private entities) have emerged. They are available as commercial bank deposits which can be used for transfers and direct debits, and as electronic money through credit cards and mobile payment apps.

In the euro area, the Eurosystem’s supervision mechanisms ensure commercial banks and payment service providers are effective and safe. This enables people to continue to have confidence in private money, which remains an integral part of our financial system.

But central bank money in digital form is still not available for retail payments.

The ECB wants to ensure the euro remains fit for the digital era. Early this year, the Governing Council decided to explore the possibility of issuing of a digital euro – digital central bank money for retail payments, in other words.

The Eurosystem is assessing the implications of the potential introduction of a digital euro, which in legal terms would be a liability of the central bank. In October the ECB published the Report on a digital euro[6] and launched a public consultation[7].

But why issue a digital euro, if other forms of (private) digital money are already available?

Central bank money is unique. It provides people with unrestricted access to a simple, essentially risk-free and trusted means of payment they can use for any basic transaction. But for retail use it is currently only offered physically in the form of cash.

A digital euro would complement cash and ensure that consumers continue to have unrestricted access to central bank money in a form that meets their evolving digital payment needs.

It could be important in a range of future scenarios, from a decline in the use of cash to pre-empting the uptake of foreign digital currencies in the euro area. Issuing a digital euro might become necessary to ensure both continued access to central bank money and monetary sovereignty.

A properly designed digital euro would create synergies with the payments industry and enable the private sector to build new businesses based on digital euro-related services.

A digital euro would also be an emblem of the ongoing process of European integration and ultimately help to unify Europe’s digital economies.

But what about bitcoin or other crypto-assets that have been trying to gain a foothold in the digital payments space and to anchor trust in their technology?

Innovations like distributed ledger technology (DLT), in particular blockchain (which is at the core of crypto-assets such as bitcoin), bring both new opportunities and new risks.

Transactions between peers occur directly, with no need for a trusted third-party intermediary. The trust that is usually inherent in a transaction is replaced by cryptographic proofs and the security and integrity of records is ensured by DLT, which avoids the “double-spending” problem. Nevertheless, trust is not entirely dispensable.

The main risk lies in relying purely on technology and the flawed concept of there being no identifiable issuer or claim. This also means that users cannot rely on crypto-assets maintaining a stable value: they are highly volatile, illiquid and speculative, and so do not fulfil all the functions of money.[8]

Although stablecoins could drive additional innovation in payments and be well integrated into social media, trade and other platforms, they pose serious risks.

If widely adopted, they could threaten financial stability and monetary sovereignty. For instance, if the issuer cannot guarantee a fixed value or if they are perceived as being incapable of absorbing losses, a run could occur. Additionally, using stablecoins as a store of value could trigger a large shift of bank deposits to stablecoins, which may have an impact on banks’ operations and the transmission of monetary policy.[11]

Stablecoins, particularly those backed by global technology firms (the “big techs”), could also present risks to competitiveness and technological autonomy in Europe, as they would attempt to leverage their competitive advantage and control of large platforms. Their dominant positions may harm competition and consumer choice, and raise concerns over data privacy and the misuse of personal information.[12]

In general, end users prioritise ease of use and smooth integration with other apps or services, and therefore welcome new solutions in exchange for providing their personal data. Public authorities are open to innovation and are prepared to act as catalysts for change, while implementing appropriate policy measures to ensure this innovation helps consumers rather than hindering them.

Payment providers and their payment solutions must be subject to appropriate regulation and oversight – in accordance with the principle of “same business, same risks, same rules” – to protect users and safeguard the stability of the economy against new risks that even go beyond financial ones.

Some say that “money is memory”[13], and it seems that this memory is becoming increasingly digital. But consumers’ digital data and records must not be misused. The abuse of personal information for commercial or other purposes could endanger privacy and harm competition. These and other potential risks are being assessed by the Eurosystem and European institutions.

At the same time, public authorities must balance the benefits and risks of innovation in payments and be prepared to take a leading role in ensuring that payments remain efficient, safe and inclusive in the digital age.

As the economy continues to evolve and new expectations about the nature of money emerge, the Eurosystem must be ready to respond and ensure that European payments adapt to changing consumer preferences and remain inclusive and efficient.

Despite all the changes I have mentioned, the foundations of money remain intact. People accept money only if it is highly trusted, maintains its value and respects privacy – an aspect that is becoming increasingly important in the digital age. These foundations have been and will continue to be found in central bank money, irrespective of the form it takes in the future.[1]Bindseil, U. (2019), Central Banking before 1800: A Rehabilitation, Oxford University Press; Le Goff, J. (2010), Le Moyen Age et l’argent, Perrin.[2]Article 128(1) of the Treaty on the Functioning of the European Union.[3]ECB (2020), “Payments statistics: 2019”, 11 September.[4]ECB (2020), “Impact of the pandemic on cash trends (IMPACT)”, forthcoming.[5]Petralia, K., Philippon, T., Rice, T. and Véron, N. (2019), “Banking Disrupted? Financial Intermediation in an Era of Transformational Technology”, Geneva Reports on the World Economy, No 22, International Center for Monetary and Banking Studies and Centre for Economic Policy Research, 24 September.[6]ECB (2020), “Report on a digital euro”, October.[7]ECB (2020), “Public consultation on a digital euro: public consultation (questionnaire)”, October.[8]ECB Crypto Assets Task Force (2019), “Crypto-Assets: Implications for financial stability, monetary policy, and payments and market infrastructures”, Occasional Paper Series, No 223, ECB, May.[9]ECB Crypto Assets Task Force (2020), “Stablecoins: Implications for monetary policy, financial stability, market infrastructure and payments, and banking supervision in the euro area”, Occasional Paper Series, No 247, ECB, September.[10]G7 Working Group on Stablecoins (2019), “Investigating the impact of global stablecoins”, October.[11]See footnote 9 and Panetta, F. (2020), “The two sides of the (stable)coin”, speech at Il Salone dei Pagamenti 2020, 4 November.[12]G7 Working Group on Stablecoins (2019), “Investigating the impact of global stablecoins”, October; Panetta, F. (2020), ibid.[13]Kocherlakota, N. (1998), “Money Is Memory”, Journal of Economic Theory, Vol. 81, No 2, pp. 232-251.

Previous From the payments revolution to the reinvention of money
Next Statement by Philip Lowe, Governor: Monetary Policy Decision 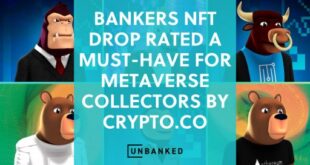