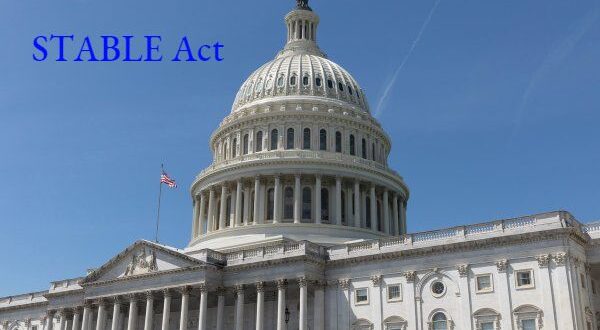 This week, Congresswoman Rashida Tlaib (MI-13), along with Congressmen Jesús “Chuy” García (IL-04) and Chairman of Task Force on Financial Technology Rep. Stephen Lynch (MA-08), introduced the Stablecoin Tethering and Bank Licensing Enforcement (STABLE) Act, which would protect consumers from the risks posed by emerging digital payment instruments, such as Facebook’s Libra and other Stablecoins currently offered in the market, by regulating their issuance and related commercial activities. Digital currencies, whose value is permanently pegged to or stabilized against a conventional currency like the dollar, pose new regulatory challenges while also represent a growing source of the market, liquidity, and credit risk.

The STABLE Act would remedy some of those challenges at a time when the COVID-19 Pandemic has exposed numerous barriers to accessing and utilizing mainstream financial institutions, leaving many to look to the financial technology sector to meet the financial servicing needs of low- and moderate-income (LMI) consumers for everything from faster direct payments, access to loans, and even access to bank accounts. LMI consumer vulnerabilities could be exploited and obscured by bad actors looking to issue stablecoins, like other shadow money issuers in the past. For Tlaib, García, and Lynch, that threat coupled with the financial strains posed by the ongoing pandemic requires urgent action, including passage of the STABLE Act that would:

“Getting ahead of the curve on preventing cryptocurrency providers from repeating the crimes against low- and moderate-income residents of color that traditional big banks have is—and has been—critically important,” Congresswoman Tlaib said. “From the OCC to the Federal Reserve to those peddling stablecoins, the protections the STABLE Act would make possible are more needed than ever amid a pandemic that will breed riskier financial decisions out of necessity because our federal government continues to fail us all by not providing adequate relief legislation. I thank Congressman García and Chairman Lynch for co-leading this important effort to see these protections made a reality.”

“Working class communities like mine in Chicago already face tremendous barriers to accessing financial services and credit. The Trump administration’s deregulation of our financial system has opened the door for tech companies to consolidate their power by preying on people of color with products that promise inclusion but only undermine our banking system,” said Congressman Jesús “Chuy” García. “That’s why I’m proud to introduce the STABLE Act with Reps. Tlaib and Lynch to ensure that new financial tools like stablecoins have proper oversight and protections. Congress must ensure that new financial technologies and payment tools do not prey on vulnerable users. The STABLE Act does just that–it embraces innovation while also protecting consumers.”

“The STABLE Act is a concrete step toward protecting Americans’ finances and ensuring safety and soundness in financial institutions,” Rep. Lynch said. “Stablecoins present a new and innovative way for consumers to use their money and I believe this technology can be used to make financial transactions more efficient while potentially increasing financial inclusion. However, adopting new technology has its risks and I give great credit to my colleague, Rep. Rashida Tlaib, for recognizing and addressing the need for appropriate consumer protections. In the STABLE Act Rep. Tlaib ensures that our financial regulators have the necessary tools to protect consumers. We cannot outsource the issuance of American currency to private entities and the STABLE Act guarantees that our regulators will be able to effectively oversee the application of this new technology.”

Some of the foremost consumer advocacy organizations, including The Public Money Action, The Law and Political Economy (LPE) Project, Consumer Reports and Americans for Financial Reform, have endorsed the STABLE Act.

“By extending federal banking regulation and consumer protections to cover new forms of ‘deposits’, the STABLE Act addresses the growth of ‘shadow payments’ and ‘shadow banking’—forms of financial activity that merit robust, preventative, and comprehensive regulation regardless of their specific legal and technological design,” Public Money Action Director and Yale Law School Associate Research Scholar Raúl Carrillo said. “Even more importantly, the STABLE Act shuts the door on Big Tech companies like Facebook that are trying to enter the banking space without following the appropriate rules or conducting business on a level playing field.”

“Tech companies are promoting unregulated ‘stablecoins’ that compete with the U.S. dollar and regulated banks by promising customers they can’t lose money on their investments,” Americans for Financial Reform Policy Director Marcus Stanley said. “These stablecoins are insured deposits in all but name. The STABLE Act would bring an end to this evasion by ensuring that companies that guarantee customer deposits are properly regulated as insured depository banks.”

“This is the first comprehensive attempt to offer regulatory clarity for the defense of the U.S. dollar in digital form, and places America among other world countries as a leader in digital assets.” said Value Technology Foundation President and CEO Jason Brett.

Tlaib and Lynch previously led a letter cosigned by García to the Acting Comptroller of the Currency (OCC) Brian Brooks blasting the bureau’s unilateral actions in the digital financial activities space, including interpretive letters on cryptocurrency custody, stablecoins, and its announced plans to start offering special purpose ‘payments’ charters, without protecting the financial system and consumers from the related increase in systemic risk. 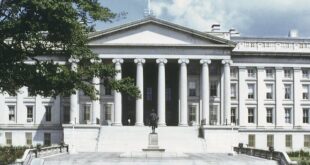 Janet L. Yellen convened the President’s Working Group on Financial Markets (PWG), joined by the Office of the Comptroller of the Currency and the Federal Deposit Insurance Corporation, to discuss stablecoins