Have you ever wondered what information a stock market index actually gives? An index point is not a fixed unit in time and does not have any historical significance.

Two measurements during a marathon

If your answer to this question is no, you will probably have no problem qualifying stock market indexes such as the AEX, DAX, S&P 500 and the Dow Jones Industrial Average as fata morganas.

The parallel with stock market indices is easy to draw. An index is calculated on the basis of a set of shares. Every index has its own formula and the formula results in the number of points of the index. However, this set of shares changes regularly. For a new period the value is based on a different set of shares. It is very strange that these different sets of shares are represented as the same unit. In less than ten years twelve of the thirty companies (i.e. 40%) in the Dow Jones were replaced. Over a period of sixteen years, twenty companies were replaced, a figure of 67%. This meant that over a very short period we were left comparing a basket of today’s apples with a basket of yesterday’s pears.

Even more disturbing is the fact that with every change in the set of shares used to calculate the number of points, the formula also changes. This is done because the index, which is the result of two different sets of shares at the moment the set is changed, must be the same for both sets at that point in time. The index graphs must be continuous lines. For example, the Dow Jones is calculated by adding the shares and dividing the result by a number. Because of changes in the set of shares and the splitting of shares the divider changes continuously. At the moment the divider is 0.15571590501117 but in 1985 this number was higher than 1. An index point in two periods of time is therefore calculated in different ways:

In the 1990s many shares were split. To make sure the result of the calculation remained the same both the number of shares and the divider changed. An increase in share value of 1 dollar of the set of shares in 2014 results is 6.4 times more points than in 1985. The fact that in the 1990s many shares were split is probably the cause of the exponential growth of the Dow Jones index. At the moment the Dow is at 16,437 points. If we used the 1985 formula it would be at 2,559 points.

The most remarkable characteristic is of course the constantly changing set of shares. Generally speaking, the poorly performing companies are removed from the set and companies in the growth phase, which perform well, are added. This greatly increases the chance that the index will rise rather than go down, you don’t need a probability calculation

Should the European Union reindex the stock markets?

5 Rules For Investing by Warren Buffett 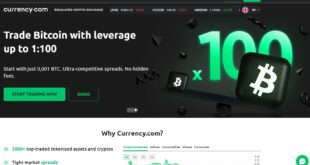