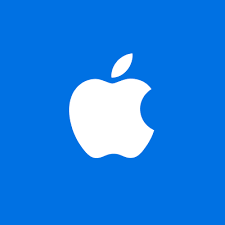 Apple (AAPL), posted fiscal Q1 sales of $123.95 billion, up from its prior quarterly revenue record of $111.44 billion achieved the previous year. It is the first time AAPL has surpassed $30 billion in earnings for a three-month period.

Earnings reported at $34.63 billion, up from $28.76 billion, in the same quarter, last year.  Wall Street expectations were for $119 billion in revenue.

iPhone segment posted a revenue record for the Q1, with sales of $71.63 billion for the quarter ended in December, up from $65.6 billion a year earlier. Forecasts were for $67.57 billion in iPhone revenue.

Mac segment revenue reported at $10.85 billion above the $8.68 billion it recorded the previous year, beating the analyst’s expectations of $9.88 billion.

The Mac segment has been a big pandemic winner as people stock up on devices to work and study from home, but the iPad business, another hot pandemic category, didn’t have as strong of a showing in the December quarter. Apple reported $7.25 billion in iPad revenue, lower than the $8.44 billion it posted a year earlier and the consensus analyst estimate of $8.19 billion.