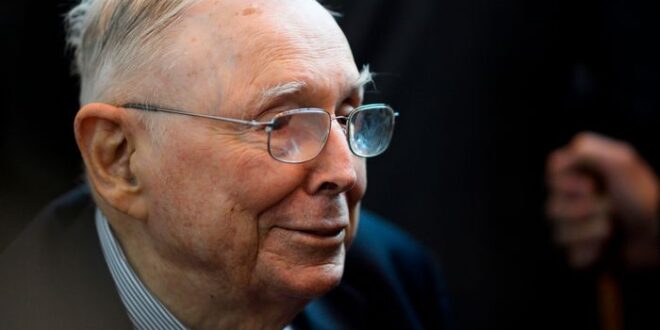 Many stocks trading at prices that represented 35 times earnings – making it harder for investors to get good returns.

“It is hard to get results which could be called normal results in investing,” Mr Munger said.

Munger on Bezos and Musk

Munger said that Tesla’s (TSLA) Elon Musk was also very capable, but was overconfident in himself. Elon Musk was “also very able, but he thinks he’s even more able than he is and that’s helped him. You should not underestimate the man who over-estimates himself. It is obvious that some of the extreme successes will come from people who try extreme things because they’re overconfident. And when they succeed, well there you get Elon Musk.”

Berkshire Hathaway (BRKA) vice chairman prefers Costco as it has the right model and a focus on holding down costs. He predicts that Costco will eventually become a major internet player.

Munger also likes the Chinese electric car company BYD (SEHK: 1211). Berkshire Hathaway (BRKA) has been a shareholder in the company that has pioneered the development of electric cars in China. Charlie Munger said. “BYD is one of the best companies in the world.”