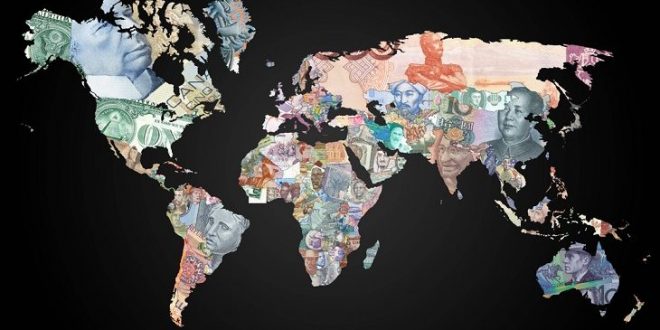 Regulators and leading financial firms launched a new code of conduct for global currency trading on Thursday, including measures aimed at ensuring its universal adoption by the world’s major financial institutions.

The code is a central element of the foreign exchange industry’s response to the charges of market manipulation and misuse of client order information, which saw seven major banks fined around $10 billion at the end of a huge global inquiry in 2015.

Most of the document was published a year ago and the final version brings chiefly tweaks to how it deals with electronic trading, seeking to make the basis of cooperations between banks and other important participants both clearer and more transparent.

The 75-page document lays out 55 high-level principles – rather than hard rules – for how contributors in the world’s biggest financial market should conduct business.

While remaining nominally voluntary, Thursday’s package of documents also outlined a framework that, according to some of the officials working on the project, should mean all major market players will commit to conforming to the new code.

All of the major central banks involved said they would commit to sticking to the code’s guidelines and would demand it of their counterparties in the $5 trillion a day market, which is the world’s largest.

The industry FX committees run by each of the central banks will also require a formal commitment from the dozens of institutions who sit on their panels and a new joint Global FX Committee will monitor implementation of the code.

“I would be surprised if a major wholesale market participant did not get behind the Code,” said David Puth, the head of settlement bank CLS and chair of the committee of market participants who have funnelled banks and other financial firms’ input to the code.

“Over the course of the next 12 months, we will look for all wholesale market participants to adopt the principles.”

UK regulators, who oversee the world’s biggest FX trading centre in London, are expected to embed the code in the new senior managers’ regime for financial firms.

Deputy Reserve Bank of Australia Governor Guy Debelle, who has led work on the code and an earlier “preamble”, said other regulators were likely to follow suit.

“Our (Australian) securities regulator is going to utilize the code as the standard they expect,” he said.

“If that happens in the UK, given London’s importance for forex, it will add a fair bit of bite to the whole process. In our case, I know that our securities regulator is going to.”

Among the new elements to Thursday’s final document were principles for the use of “last look” practices that allow banks an extra stage where they can reject trades after receiving requests to execute.

The code also provided a list of disclosures that the new generation of algorithmic traders should make, including a clear description of their execution or aggregation strategy, fees, routing and sources of liquidity.

Previous USDJPY and AUDUSD Technical analysis
Next How to create my own Virtual Bank?

Forex – why is it better to test the demo account first?

GREECE IN THE POST-PROGRAMME PERIOD: CHALLENGES AND PROSPECTS TOWARDS A SUSTAINABLE GROWTH MODEL

Trade Forex and CFDs with the lowest spreads in the industry.

There are no upcoming events at this time.