Breaking News
Home / Business / Does your Business Need the Services of a Company Secretary? 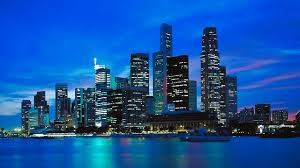 Does your Business Need the Services of a Company Secretary?

In case of public companies, along with the criteria mentioned above, the company secretary should possess all the laid down professional and academic qualifications to the hilt. He may also perform operations in the capacity of a chief administrative officer of any given company. As his position demands the performance of several key duties as underlined by the Companies Act, it becomes crucial for a company secretary to take care of various business aspects of legal nature as well.

The role of a company secretary includes and is not limited to the following:

One of the primary roles of a company secretary relates to noting and recording all the information and going-ons in the corporate office where he is appointed. The effective filing of all necessary documents with ACRA, for the purposes of maintaining all company records carefully, is to be handled by the office of the company secretary. The process may include the filing of reports pertaining to share capital changes, alterations in the management, recording of the minutes of board and annual general meetings, and much more. The recordings have to specific and significant and in strict compliance to the rules and regulations laid down in the Companies Act. Along with performing these administrative tasks to perfection, the company secretary also has to play an important role with regards to all the compliance related tasks pertaining to ACRA.

Company secretaries have to essentially attend all the meetings that involve shareholders and directors, while also being responsible for the preparation of the minutes of those meetings. During the course of such meetings, they may also be called upon to assist the chairman in conducting various proceedings of specific nature. Additionally. The officer is responsible for distributing the company’s financial reports, preparing the agenda for meetings, and ensuring that the discussions and resolutions are recorded verbatim to disallow any confusions or misappropriations in future.

Along with performing the advisory and administrative roles that are delegated by the Companies Act, a company secretary is required to have extensive knowledge of different laws and the right ways of complying with them. Though there is no legal requirement to have formal education in law, this qualification helps company secretaries gain better understanding of the legal and advisory roles played by them.

Communication with Directors and Shareholders

A company secretary is responsible for bridging the gap between the shareholders and the management. He is responsible for giving all the important information in accurate and timely ways to smoothen out the communication channels existing between different stakeholders. At all times, he provides the necessary aids with regards to making key decisions and company strategies. The advice provided by company secretaries goes a long way in helping companies remain within the legal boundaries set by the legal frameworks and regulatory authorities in Singapore. Along with playing a stoic role in terms of providing legal advice in meetings, the company secretary is also expected to ensure that all company proceedings are as per the laws that are currently in force in various areas of compliance.

Company secretaries also perform a fiduciary role in businesses. They are expected to go about their acts in complete trust and good faith only; specifically, in their interactions with directors and shareholders. They are required to avoid all possible conflicts in the organization by ensuring complete and true disclosure of all pertinent information and points of interest. As they are bound by the constitution of the company that has hired them, as well as the Companies Act alike, company secretaries have a lot of responsibilities and roles to their name.

Previous 9 Things To Keep In Mind When Attending An Out Of State College
Next How much should you contribute to an RRSP?