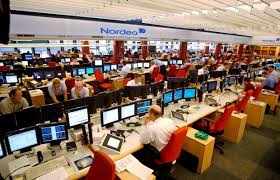 The first recorded instance of futures trading occurred with rice in 17th Century Japan, there is some evidence that there may also have been rice futures traded in China as long as 6,000 years ago.

Futures trading is a natural outgrowth of the problems of maintaining a year-round supply of seasonal products like agricultural crops. In Japan, merchants stored rice in warehouses for future use. In order to raise cash, warehouse holders sold receipts against the stored rice. These were known as “rice tickets.” Eventually, such rice tickets became accepted as a kind of general commercial currency. Rules came into being to standardize the trading in rice tickets. These rules were similar to the current rules of American futures trading.

In the USA, futures trading started in the grain markets in the middle of the 19th Century. The Chicago Board of Trade (CBOT) was established in 1848. In the 1870s and 1880s the New York Coffee, Cotton and Produce Exchanges were born. Today there are ten commodity exchanges in the United States. The largest are the Chicago Board of Trade, The Chicago Mercantile Exchange, the New York Mercantile Exchange, the New York Commodity Exchange and the New York Coffee, Sugar and Cocoa Exchange.  Worldwide there are major futures trading exchanges in over twenty countries including Canada, England, France, Singapore, Japan, Australia and New Zealand. The products traded range from agricultural staples like Corn and Wheat to Red Beans and Rubber traded in Japan.

The biggest increase in futures trading activity occurred in the 1970s when futures on financial instruments started trading in Chicago. Foreign currencies such as the Swiss Franc and the Japanese Yen were first. Also popular were interest rate instruments such as United States Treasury Bonds and T-Bills. In the 1980s futures began trading on stock market indexes such as the S&P 500.

The various exchanges are constantly looking for new products on which to trade futures. Very few of the new markets they try survive and grow into viable trading vehicles. Some examples of less than successful markets attempted in recent years are Tiger Shrimp and Cheddar Cheese.

Futures trading is regulated by an agency of the Department of Agriculture called the Commodity Futures Trading Commission. The agency regulates the futures exchanges, brokerage firms, money managers and commodity advisors.