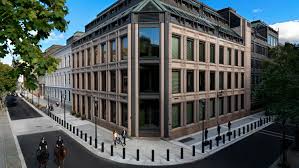 Norges Bank’s Monetary Policy and Financial Stability Committee has unanimously decided to keep the policy rate unchanged at zero percent. In the Committee’s current assessment of the outlook and balance of risks, the policy rate will most likely be raised in the latter half of 2021.

The Covid-19 pandemic has led to a sharp downturn in the Norwegian economy. Activity has picked up since spring 2020, but the recovery is being held back by higher infection rates and strict containment measures. On the other hand, information from the health authorities suggests that a large portion of the adult population in Norway will be vaccinated before the end of summer. At the same time, global economic developments are better than expected. This may result in a faster pick-up in economic activity than previously projected. Nevertheless, it will probably take time for employment and unemployment to return to pre-pandemic levels. Underlying inflation is still above the target, but has moderated in recent months.

The Committee placed weight on the contribution of low interest rates to speeding up the return to more normal output and employment levels. This reduces the risk of unemployment becoming entrenched at a high level. There are some signs of higher cost growth both globally and in Norway, but the krone appreciation and prospects for moderate wage growth suggest that inflation will move down ahead. The Committee also placed weight on the marked rise in house prices since spring 2020. A long period of low interest rates increases the risk of a build-up of financial imbalances.

“The overall outlook and balance of risks imply a continued expansionary monetary policy stance. When there are clear signs that economic conditions are normalising, it will again be appropriate to raise the policy rate gradually from today’s level,” says Governor Øystein Olsen.

There is substantial uncertainty surrounding the economic recovery ahead, but there are prospects that economic activity will approach a normal level earlier than projected in the December 2020 Monetary Policy Report. The policy rate forecast implies a gradual rise from the latter half of 2021. This implies a somewhat faster rate rise than projected in December.

The Monetary Policy Committee agreed to maintain the current stimulatory level of monetary settings in order to meet its consumer price inflation and employment objectives. The Committee will keep the Official Cash Rate (OCR) at 0.25