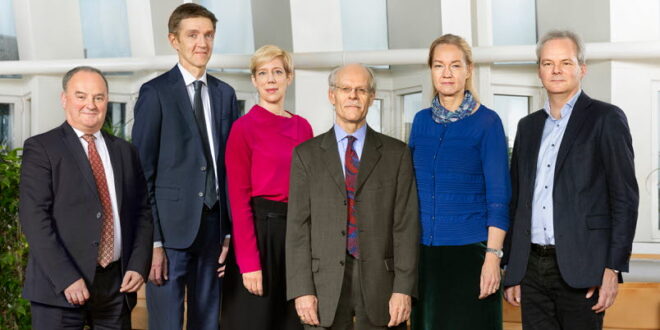 Riksbank: Minutes of the Monetary Policy Meeting held on 25 November 2020

At the monetary policy meeting on 25 November, the Executive Board of the Riksbank decided to expand and extend the asset purchase programme from SEK 500 billion up to SEK 700 billion up until 31 December 2021 and to hold the repo rate unchanged at zero per cent.

During the autumn, a second wave of coronavirus infection has swept over many countries and restrictions and recommendations have been tightened once again. It is clear that the economy is now slowing and the economic outlook and inflation prospects for both Sweden and other countries have been revised down. The board members noted that the pandemic is unpredictable and that there is still considerable uncertainty surrounding economic developments.

The crisis has also had noticeable effects on inflation, which is now very low. Several members also pointed out that the development of inflation is difficult to interpret. They alluded to significant measurement problems due to substantial changes in consumption during the crisis and it not being possible to measure some prices. The forecast is that it will take time before inflation returns more permanently to the target. In this context, the members noted that it is nevertheless positive that long-term inflation expectations continue to be close to 2 per cent and emphasised that it is important for economic agents to have confidence in inflation eventually returning to the target.

Several members expressed concern for the potential long-term effects of the crisis, not least as regards the labour market with the risk of permanently high unemployment. The nature of the crisis, with some sectors being particularly hard-hit, means that fiscal policy has an important role to play in mitigating the effects.

The Riksbank’s measures have been important for keeping interest rate levels low and enabling lending to continue to function. The members agreed that monetary policy will need to be expansionary for a long time to facilitate the recovery and enable inflation to rise towards the target. All members wanted to leave the repo rate unchanged at zero per cent and increase the pace of asset purchases in the near term. A majority of the board members considered it appropriate to expand the asset-buying envelope by SEK 200 billion to an overall nominal amount of up to SEK 700 billion, to extend purchases until 31 December 2021 and to include treasury bills in the programme. One member was of the view that, although expanding asset purchases is a good course of action, an expansion of SEK 100 billion would have sufficed. Another member did not think that purchases needed to be expanded in the current situation and considered monetary policy to already be sufficiently expansionary. Neither did these two members think it was justified to include treasury bills in the purchasing programme.

It was emphasised that there is still preparedness to adjust monetary policy in an appropriate manner in order to support economic developments. Several members also pointed out that the repo rate can be lowered if it is considered an effective measure.

With the help of extensive support measures, the Swedish financial system has coped relatively well during the pandemic and a financial crisis has been avoided. Credit supply has been maintained and important funding markets