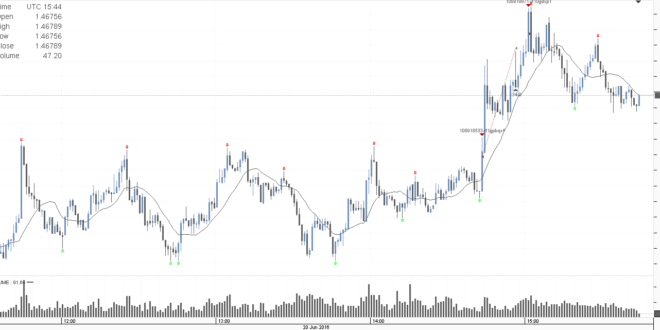 Enough is enough and the fundamentals can’t change!
Every single time since April, a break above the blue trend-line is followed by a break back below it.
GBP/USD opened higher in early forex Asian trading Monday as the first poll taken after the murder of opposition lawmaker J. Cox showed the campaign for the U.K to remain in the EU was gaining momentum. With the vote due this Thursday, the pound gained in the latter part of last week after referendum campaigning was suspended following Cox’s death.
At the high of the day I suggest a short position as many polls will be published tomorrow.
Stop loss at 1.4723
Take profit at 1.4613