Breaking News
Home / Blockchain / Project Oblio: Mobile Populism is giving away cryptocurrency to anyone with a brain 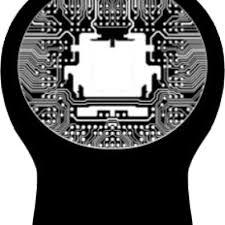 Project Oblio: Mobile Populism is giving away cryptocurrency to anyone with a brain

By every measure there has never been a more exciting time to be alive than right now. In 2018 our world faces real challenges, but also immense opportunity. Our world is globalizing, and digitising. At the heart of this is emerging technologies like blockchain, and the promise it offers.

Though our world has indeed become more culturally and economically borderless than anytime before in history, when it comes to building ties those closest to us have long been overlooked. Governance remains impersonal and inefficient. It’s ‘analog’ existence undermining efforts of so many Americans ready to advance in good faith, and work in good will to find common ground.

These efforts are frustrated because voting is centralised. Flowing up to Washington, instead of flowing through America. That’s why Project Oblio: Mobile Populism is so inspiring. It doesn’t seek just electoral college reform, but total voting reform. To put power back in the hands of everyday Americans. To see voting via blockchain become a true one-person-one-vote system.

THE SECRET SATOSHI DOESN’T WANT YOU TO KNOW

We live in an era where the wealth gap is steadily increasing. Cryptocurrency represents humanity’s best chance of closing it. It is astounding to consider that a cryptocurrency with a fair and balanced distribution scheme has not yet been conceptualized, given the deleterious effects of the wealth gap on our lives.

Project Oblio: Mobile Populism has been under construction since 2015 and is best explained and understood by reference to the EOS cryptocurrency.  The main difference between Oblio and EOS is that here, votes for block-producers are based on a potentially-anonymous and fluid biometric trust level. 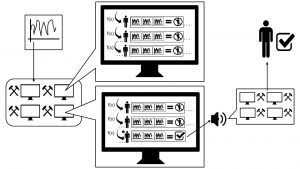 EOS rate-limits transactions at the smart contract level, whereas Oblio limits them at the user-level. EOS votes based on wealth, Oblio requires a minimum biometric trust level for voters to take action. With Oblio, block producers can be voted in and out based on their personality, not on the quantity of tokens in their possession.

Cryptocurrency exchanges which rely primarily on automation with their wallets are the ones which pay the most in user fees. Nevertheless, these fees are unlikely to amount to exceed those of competing blockchains; automated transactions comprise ~99% of transactions anyway. With humans engaging in such a miniscule amount of transactions themselves, distinguishing between a person sending money to a friend, and a segment of artificial intelligent being put to work for a business, has become a challenge. Fortunately, we believe we can overcome that challenge.

The real secret Satoshi doesn’t want you to know? The slight catering towards CPUs (“one-CPU-one-vote”) is what causes blockchain fees, and prevents true adoption.  The same goes for any consensus algorithm relying on token-based wealth.

You’ll soon use the OBL (the abbreviation designation for the ‘Oblio’ coin) that you collect here to send payments to your friends and family at no additional cost. In fact, with Oblio, any smart contract which you want to access is well within the realm of being a feeless transaction.

We’d like to remind you, Project Oblio is a research experiment!

We’re a small, but passionate team of neuroscientists from Columbia University, Duke University, University of Pittsburgh, Universidade Católica Portuguesa, and Rutgers University. We’re proud to share with you a product called ‘vybuds‘; a pair of affordable and high-quality bluetooth music headphones. We’re designing them to (almost-definitely) receive and process commands from facial movements, and potentially boost focus and memory. Our first prototype is sufficiently inexpensive for people to afford and will eventually generate wealth for Project Oblio in the form of biometric brainwave and/or muscle signals. Read more about our liveness-detection algorithm applicable for voice data, brainwave data, and selfie video data.

Unfortunately, the tech underlying vybuds is inadequate. As such, following the conclusion of our airdrop, we’ll be launching a proof-of-address crypto-kickstarter to facilitate the shipment of our prototype vybuds. We’re also planning to make a 3D-printable version of vybuds open-source; most importantly, we are presently in the process of developing a new, peer-reviewed, open-source, multi-channel EEG/tACS/music-headphone ASIC. This chip will be used to enhance the self-funding of proposals, methods, data, publications, and replications of  decentralized neuroscience.

When science gets too entangled with money, bad things can happen. So, we’re collecting information about each of our users to make sure everyone gets only one allocation, and nobody can corrupt our results. We’re also taking almost none of the initial supply, compared to other blockchain projects.

Project Oblio is GIVING AWAY the vast majority of its initial supply of currency. Visit www.projectoblio.com/airdrop to learn more! 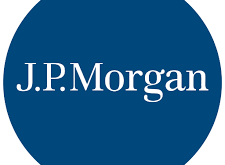