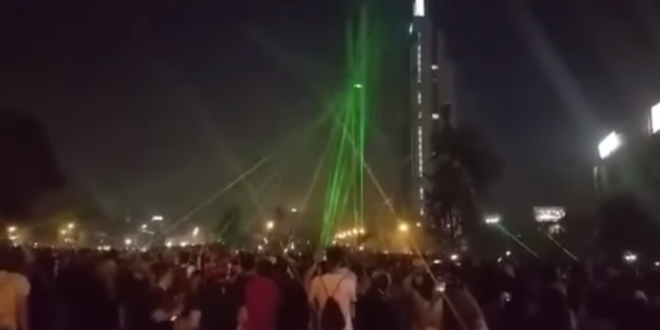 Protests in Chile have raged, the force on Chilean demonstrators has become brutal and high-tech. Chile’s protesters have responded with a combination of persistence, and high-tech tricks to avoid police attacks.

The video that went viral on twitter and other social media shows a drone (UAS) being disabled as Chilean protesters aimed run-of-the-mill green laser pointers you can simply buy in any toys store around. The video shows the drone  (unmanned aerial system – UAS) flying above demonstrators as the lasers are point on it. Soon, other lasers are trained on it and when the drone attempts to run away, the lasers have an almost tractor beam-like effect, forcing the drone to falter before it drops to the ground.

Previous Blockchain, Stablecoins and Gold
Next Meet The Spanish Pro Trader who is revolutionizing the market