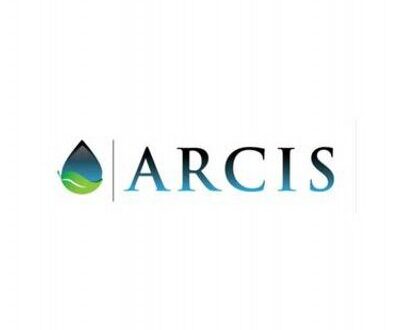 The Securities and Exchange Commission today announced fraud charges and an asset freeze and other emergency relief against an Irvine, California-based trader who used social media to spread false information about a defunct company, while secretly profiting by selling his own holdings of the company’s stock.

According to the SEC’s complaint, which was filed under seal in federal court in the Central District of California on March 2, 2021 and unsealed today, Andrew L. Fassari used the Twitter handle @OCMillionaire to tweet false statements about Arcis Resources Corporation (ARCS), a defunct Nevada company with publicly traded securities, during December 2020. Specifically, the complaint alleges that, on Dec. 9, 2020, Fassari began purchasing over 41 million shares of ARCS stock shortly before tweeting false information about ARCS to his thousands of Twitter followers, including falsely claiming that ARCS was reviving its operations, expanding its business, and being backed by “huge” investors. The complaint further alleges that, between Dec. 9 and 21, 2020, Fassari made approximately 120 tweets that referenced “$ARCS,” dozens of which were false and misleading. For example, he tweeted, “$ARCS 380,000 indoor cultivation 1 Million+ sq ft processing. WEEEEEEEEE This CEO has big plans for us” and “a ton of news coming and backed by huge investors for its #cannabis operation[.]” In seeking an injunction, the SEC alleges that Fassari continued to tweet about other stocks as recently as January and February 2021.

The complaint further alleges that, over the next several days, ARCS’s share price skyrocketed, ultimately increasing over 4,000%. The complaint also alleges that Fassari made false statements about his own trading in ARCS. Between Dec. 10 and 16, 2020, Fassari allegedly sold all his shares in ARCS for profits of over $929,000, all while continuing to publish false and misleading information about ARCS and his trading in ARCS.

“We allege that Fassari profited by using social media to deceive investors,” said Melissa R. Hodgman, Acting Director of the SEC’s Division of Enforcement. “The SEC is committed to protecting investors by proactively monitoring suspicious trading activity tied to social media, and by charging those who use social media to violate the federal securities laws.”

The SEC’s complaint charges Fassari with violating the antifraud provisions of the federal securities laws, and seeks a permanent injunction, disgorgement, prejudgment interest, and a civil penalty from Fassari.

In addition, on March 2, 2021, the SEC issued an order temporarily suspending trading in the securities of ARCS.

The SEC’s Office of Investor Education and Advocacy recently alerted investors to the significant risks of making investment decisions based on social media.

The SEC’s investigation, which is ongoing, is being conducted by John Dwyer, Leslie Hughes, Jeb Wildschut, and Kerry Matticks, with the assistance of Stephen Glascoe and Jessica Regan in the Office of Investigative and Market Analytics, and is supervised by Danielle R. Voorhees, Jason J. Burt, and Kurt L. Gottschall. The SEC’s litigation will be led by Ms. Hughes, under the supervision of Gregory A. Kasper. The SEC appreciates the assistance of the Financial Industry Regulatory Authority.