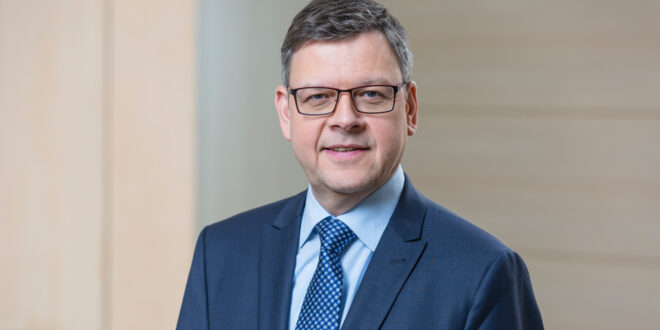 AML – on the brink of a new regime

Shutdown? In our daily lives, yes. In our professional lives – maybe – to a certain extent. In money laundering prevention: definitely not!

There is a lot going on. The money laundering landscape is constantly changing – both within Germany and in Europe.

The year 2020 combines all ingredients of a great film: an exciting storyline, a scandal, a host of unanswered questions, and the hope for a happy ending.

What is our starting point? What is the set of the scene?

The main actors are the member states of the EU. The screenplay revolves around the different ways in which individual member states implement the various money laundering directives. Some approaches are more effective, some are less.

And with that, I come to my first key point: forum shopping must be stopped!

All member states must apply the same rules in their efforts to combat money laundering and terrorist financing. This is the only way to improve money laundering prevention across Europe. It would allow us to prevent regulatory arbitrage and, crucially, to promote a level playing field at the same time.

To be very clear: how are we supposed to jointly and resolutely approach companies when they can easily select the most favourable jurisdiction – and consequently – their supervisor?

The problems do not lie on the statutory level only. Cooperation between the relevant authorities, the supervisors, FIUs and prosecutors, must also be improved:

There are very good and plausible reasons for this. Nevertheless, we have to solve that problem!

But, what is the storyline of our movie? What will make it really thrilling?

The objective is clear: consistent rules and commitment to high standards in the implementation by all parties involved: the member states, authorities and obliged entities.

The European Commission has entered the race with an action plan built on six pillars.

The two core elements that need to be established first are – 1 – truly harmonised rules and – 2 – a joint anti-money laundering supervision. Allow me to discuss these two points in more detail.

On my first point – harmonised rules:

One thing should be very clear – and this is the second key point I would like to make: all potential loopholes must be closed. I see no other option than a resolute shift away from the EU Money Laundering Directive towards an EU Money Laundering Regulation. This ensures a maximum degree of harmonisation and, at the same time, allowing for the minimum possible leeway.

Certainly, there is a risk that some elements of full harmonisation will be sacrificed so that a consensus can be reached. Particularly in core areas like KYC or suspicious transaction reports, this could result in a half-hearted compromise and undermine the potential of a new European approach.

It is therefore essential that we all stand together in order to create the necessary foundation to effectively combat money laundering and terrorist financing within Europe.

Finally, it should also be mentioned that harmonised regulation has an advantage: it simplifies processes. And this also is beneficial for private sector institutions that conduct international activities within Europe, of course!

Consequently, the potential benefits for Europe are twofold: an improvement in the quality of money laundering prevention and, at the same time, a reduction of costs for the private sector!

What are we talking about? This is a question of competencies. What would the European supervisor need in order to do a good job? No question, it would need competencies and powers allowing for a clear, credible and feasible distinction from national anti-money laundering supervisory authorities.

Greater clarity with regard to responsibilities and competencies would reduce the strain on the private sector resulting, for example, from data submissions of obliged entities.

A lack of clarity and parallel responsibilities create additional work for all those involved – and it would prevent us from investing these valuable resources in the task at hand: combating money laundering and terrorist financing.

At the same time, productive and necessary communication between players must be intensified.

This also means it would be helpful to create a catalogue that clearly states which institutions fall under the supervision of the centralised European supervisor.

If an authority is to assume clear responsibilities, it must also have direct powers of intervention. In other words, it must have the powers to obtain information independently, to conduct on-site inspections itself, but, most importantly, to execute its decisions directly within member states. Finally, that supervisor must be able to impose sanctions in the event of violations. Otherwise, to borrow a term from US politics, we would have a “lame duck” as European supervisor.

But mind the gap! In my opinion, it is not enough for a European AML supervisor to simply settle for the role of “supervisor of the supervisors”. I do not see any advantage in an authority that doesn’t itself supervise institutions, instead giving national authorities advice and instructions as a “guiding authority”, or merely setting standards.

The whole thing gets very interesting when we consider who will take the lead role in our film: is there already a suitable candidate, or do we need a new face?

If the ECB were to assume to role of European AML supervisor, it could make use of numerous synergies and reduce countless interfaces. The other side of the coin? The German Federal Constitutional Court pointed out that the possibilities to transfer further powers to the ECB are limited. We are therefore facing a daunting task.

Another familiar face is the EBA. This European Supervisory Authority has considerable experience in the area of European standard-setting. Monitoring powers have already been transferred from the national anti-money laundering supervisory authorities to the EBA. The banking authority is currently creating a central database on the “material weaknesses” of players in the financial sector. And it is reviewing reports that could result in infringement proceedings against member states. It is Europe’s convergence machine.

But what is the main drawback if we chose this institution?

The EBA can already be regarded as the “supervisor of the supervisors”, particularly when we consider Articles 9a, 9b and 17 of the EBA Regulation, which were added in 2019.

However, the EBA is not really a competent supervisor with comprehensive supervisory powers or practical supervisory experience. It can only issue supervisory measures in individual cases following a long procedure. This current setup would hinder rather than help the EBA if it assumed the role of an effective supervisory authority capable of quick reactions.

In the area of anti-money laundering supervision, the EBA would have to undergo comprehensive reorganisation, including the reorganisation of its governance structures, so that it could issue independent supervisory decisions – similar to the Supervisory Board of the ECB.

There are therefore several arguments for introducing a new face to our film, for creating a completely new European AML supervisor from scratch, one that is built specifically for this purpose.

We don’t need complex and intricate solutions! Neither do we need countless interfaces between numerous parties. What we need is a streamlined, effective and efficient organisation! And it is precisely in this regard that the “from scratch” approach offers considerable benefits.

What is the state of play of our movie production process?

The first legislative proposal for a regulation on improved harmonisation and a European supervisory structure is expected in the spring of 2021.

The direction of this legislative proposal will can be determined from the council conclusions adopted by the Council of the European Union on 5 November 2020. The Council calls for:

These are substantial parameters. Therefore, we are heading in the right direction.

What other challenges do we face?

The key challenge remains to be the achievement of a consensus among member states. This is important if we boldly push forward both the regulatory issue of the anti-money laundering regulation and also the supervisory issue of the “effective authority”. In the interest of all those involved, we cannot allow ourselves to get caught up in the details!

We must keep the big picture in mind and focus on the real opportunity of an improvement in the quality of money laundering regulation. It is essential that we ensure a level playing field whilst at the same time reducing the use of resources – something we must also maintain.

But there are other topics that must be clarified on the path towards harmonised European AML supervision. In our film, these are subplots – but they are crucial to our success.

In the context of KYC, I would like to address the matter of the transparency register:

Data protection requirements hamper communication between authorities, in particular at the European level, and can create an advantage for criminals that is certainly not intended. I understand the good reasons for data protection. However, there are too many grey areas in which the private sector is too cautious in its exchange and use of data due to concerns about unclear data protection rules.

My message on this point: in terms of information exchange, we need clear guidance how to balance data protection on the one hand and, on the other hand, the prevention of money laundering and terrorist financing. This would improve AML regulation without sacrificing the high standards of data protection in Europe. This, ladies and gentlemen, should be our mutual objective.

Regarding data protection, please allow me to touch on the potential of public-private partnerships.

Since the formation of the “AFCA” less than one year ago, we have established a very effective and creative system here in Germany. Through multiple individual components, this system provides a major advantage for money laundering prevention.

In my view, the AFCA is a model for success. It has not merely prompted fruitful discussions between diverse public and private sector players. It has also produced numerous valuable papers for obliged entities in the financial sector – for example regarding COVID-19 and shell companies. Unfortunately, we have also encountered difficulties in our attempts to exchange information with other European public-private partnerships. Here, the familiar problem of data protection pops up again.

In this regard, we are very much looking forward to the guidance of the European Commission on Public Private Partnerships which is expected to come in the first quarter of 2021.

BaFin is not responsible for supervision outside the financial sector. Nonetheless, it is important that we take a closer look: are there other entities we should be supervising? Let me put it this way: we should carefully assess whether all high-risk business models are really covered by the European legislature. I am thinking in particular about the vast field of fintechs.

Here too, BaFin is not responsible for supervision – but our obliged entities are often involved in real estate business and transactions. In this area in particular, money laundering must be prevented.

As you can see: the scene is set.